On a regular Monday morning, a good ‘local’ friend invited my son and I to join them for a day out at Grouse Mountain. Of course I like to think I’m adventurous and said “I’m in”, without really knowing what I was in for. There were however, only two occasions before this that I had been up a mountain and seen snow!  I hear that most of the snow is disappearing at this time of year, although the coldest June on record here aka ‘Junuary’ has been reported recently so I wasn’t sure what the mountain would look like. However off we embarked on a day with the children for an action packed day on the plateau.

The drive is only a half hour in traffic from Vancouver (15 minutes from Downtown) to Grouse Mountain located at: 6400 Nancy Green Way, Vancouver, BC. You can venture up there any day of the year as it is open from 9:00am to 10:00pm through the year.

When we arrived, I picked up our tickets although a membership is worthwhile too if you plan to go at least half a dozen times throughout the year. It was straightforward and what I really like is that all tickets include the round-trip sky ride (Gondola), the Lumberjack Show, Ranger Talks at the Grizzly Bear Habitat, and other summer activities (May-October), mountaintop ice-skating, sleigh rides and Peak of Christmas in the winter, year-round movies in the Theatre in the Sky and more.

On arrival, we took the sky ride up while looking for white wolves in the forest which are running around freely. At the Grizzly Bear Habitat, a sleuth of people were still watching  two of the biggest grizzly bears I’ve ever seen…well they were the only grizzly bears I have ever seen in the flesh! Apparently they were much lighter than usual after coming out of months of hibernation, but still they were enough to startle me never the less. My son wanted to keep watching them but realised if he tried to get any closer, they might ‘eat me’  he said.

Then off to the Birds in Motion show which was also very thrilling with the newest addition; a Great-Horned Owl only 10 weeks old flying right above my head almost taking my hair with it! I remained completely still as instructed! I am glad it wasn’t the Peregrine Falcon; the world’s fastest animal here too, or it might have been successful with its speed at leaving me hairless. It was beautiful watching them in free flight and educational too.

Final stop was the Lumberjack show with some well-seasoned fries (they were good and it was either those or Beaver tail which is a classic Canadian sweet treat!), which was very entertaining and funny. I particularly liked the log-rolling, the 60-foot tree climb and the exciting springboard chop which is the only three board event in North America. In Australia it is known as the three board jigger and is one of the most demanding events in lumberjack sports.

This is a must-do experience as there is so much to see for everyone. Perhaps next time I will stair master my way up to the top, and if that’s the case I will treat myself to a dinner at the ‘Observatory restaurant’.

I was pleased to learn that Grouse Mountain is dedicated to sustainable dining and is also a member of the Ocean Wise conservation program. All of the restaurants at Grouse Mountain are also certified by the Green Table Network, which puts sustainability on the menu; choices include Halibut, Sockeye Salmon, local produce like Dungeness crab, organic greens, Okanagan cherries and more.

I will be back! 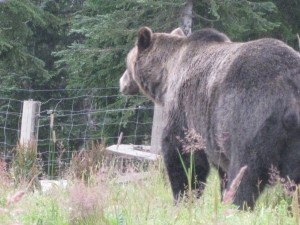 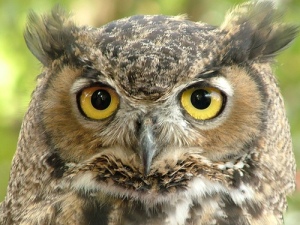 Please note, photos are not my own.