Although the water parks are closed and the air is gradually becoming a little more fresh and breezy, the sun is smiling still and beckons for us to make the most of it. There are still many places to go with children to keep them entertained outdoors…

Where we have been lately?

1. Steveston – A quaint fishing village about 20 minutes south of Vancouver. It was once the largest fishing port and cannery centre on the West Coast. It is still home to the largest salmon run in North America and to the largest fleet of commercial fishing vessels on the BC coast. (www.tourismvancouver.com).

For kid’s it’s great to watch the boats…

and eat fish and chips (we ate at Pajo’s, there was a queue but it was worth it)… 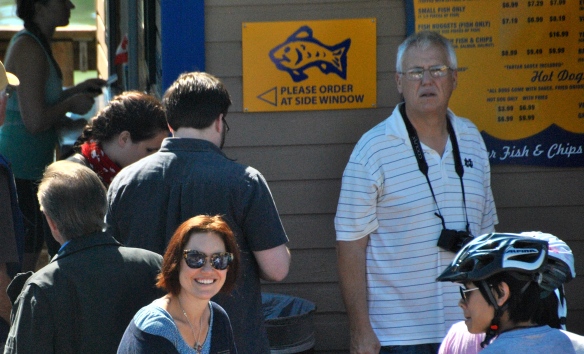 Walk it off along the water, and finish with an ice-cream from Timothy’s Frozen Yoghurt.

Timothy’s ice-cream in Steveston, Vancouver, BC

2. The PNE – Pacific National Exhibition which runs for 17-days in late August, early September and is a Summer fair, seasonal amusement park, and arena in Vancouver.

It is located in Hastings Park; entrance / Gate 1 at Hastings and Renfrew Street and is a terrific way to wear out your children. 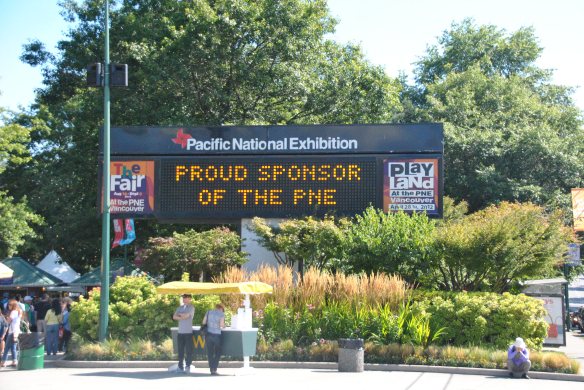 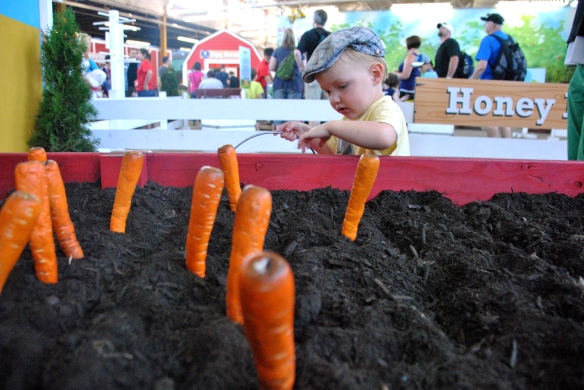 and of course rides, rides and more rides! (there are quite a few for younger kids to wear them out).

3. Burnaby Central Railway – What child does not like trains? There cannot be many I am sure about that as all I could see on arrival was children squealing and laughing as they boarded the mini trains here. This railway is located at Confederation Park, 120 North Willingdon Avenue, Burnaby, BC.

This place is cash only, be prepared! The fare is $2.50 per single ride ticket and kids will most likely want to ride a few times at least…we must have had a ride on all the different coloured trains which means approximately 5 rides!

Ride on the trains! At Burnaby Central Railway, Vancouver, BC

There are quite a few tracks… 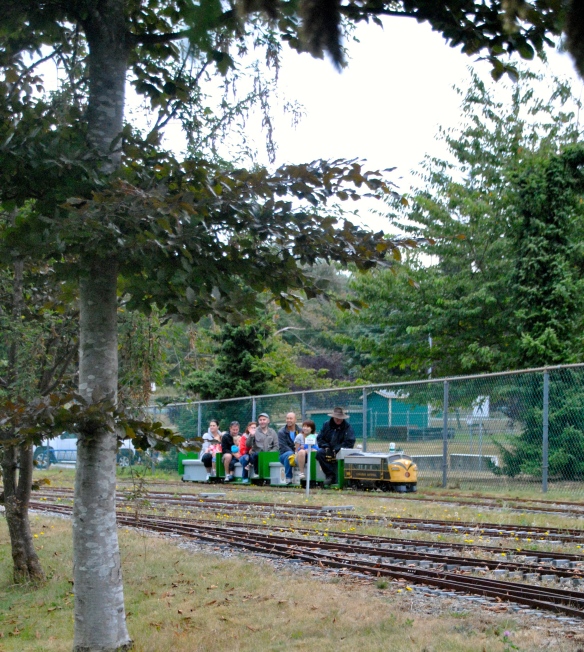 some tracks were surrounded by blackberry bushes, plump, juicy ones ready to pick but just out of reach!

So it was just as well we had a picnic (you can bring your own) waiting to enjoy in the grounds of croissants, salad, fruits and cheese. After all that, it was time to go home.

2 thoughts on “Three outings with or without kids in Vancouver…”